If you are a real estate investor or potential buyer of a home, how do you determine if the asking price is above or below that home’s true market value? Most of us would simply look at other homes with similar features: location, size, and age, the number of bedrooms and bathrooms, etc. This process is relatively easy and straightforward for one home. But what if you’re looking to purchase many homes, or if you’re wanting to predict prices on homes with very different features? Or perhaps you can’t find a similar house on which to base your comparison. Worse, accurately predicting true value becomes increasingly complex as you add more homes and features. Thankfully, we used machine learning in Python to help solve this particular issue.

The data we used to develop our machine learning model comes from the Kaggle: Advanced Regression Techniques challenge. This data focuses strictly on residential homes in Ames, Iowa, and was split into two sections - a “train” dataset, which included houses with price data attached, and a “test” dataset, made up of a separate group of houses without pricing information.

We were tasked with predicting the final price of the 1,459 homes in the “test” dataset by training a machine learning model on the “train” dataset. The overall accuracy of our predictions was measured by Kaggle, which had the true prices for the homes in the “test” dataset. Below, we lay out the framework for how we processed the data, determined our best machine learning model, and how accurate our predictions were when compared to the actual home values.

As with any data-driven project, it was crucial that we examined the provided data before diving in and beginning to make adjustments, as the results of exploratory analysis necessarily informs how the datasets should be processed before applying machine learning techniques. The “train” set contained 1,460 observations with 79 predictor variables (excluding ‘SalePrice’ and ‘ID’ variables), of which 28 were numeric and 51 were categorical. The “test” set contained 1,459 observations and the same 79 predictor variables. Below is a summary of the data’s key characteristics: 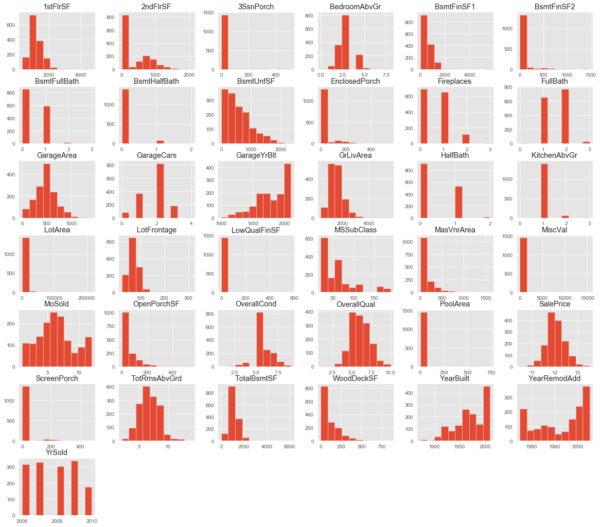 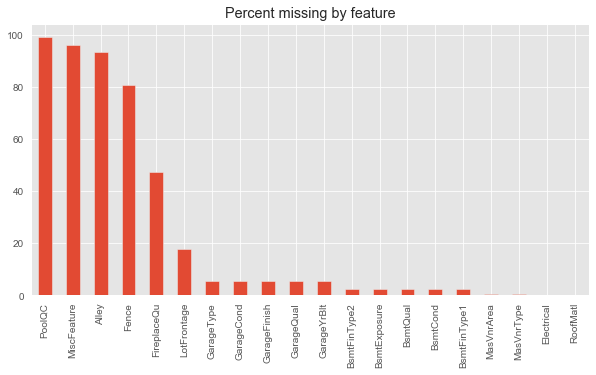 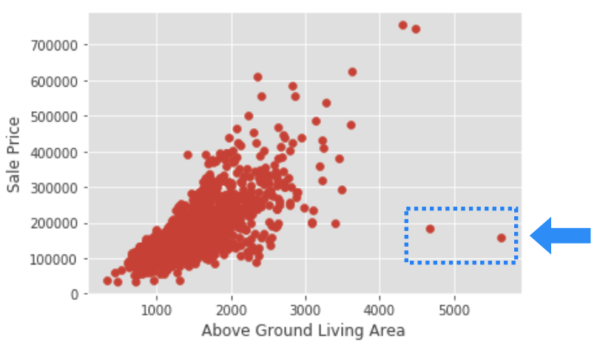 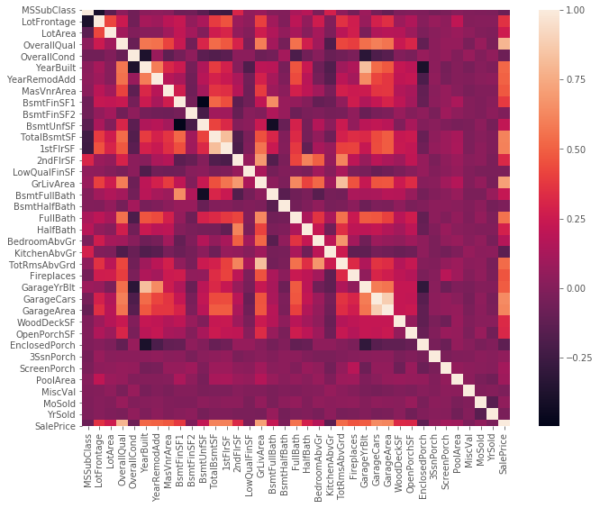 Overall, we implemented the following pipeline for our data processing:

One important quality of the data that it’s important to reconcile is that there were many more feature variables with missing values in the test dataset than there were in the training dataset. As a result, our group decided on a data processing pipeline that took a function-forward approach, so that the end result would be a single function that would correctly process either the training or the test dataset. Therefore, the below detailed explanation puts forth our philosophy on first types of variables (pseudo-missing, true-missing, categorical, etc.) and then on specific variables, rather than on an individual dataset.

After handling all missingness and generating our desired features, we moved on to machine learning-driven modeling. Based on our research, we decided to approach modeling as the following:

You may notice that this approach essentially represents a stacked model. On a technical level, we used sklearn’s StackingRegressor to achieve our modeling objective.

The various Level 1 Models we generated can be generalized into two categories: linear models and tree based models. Each model was first tuned using sklearn’s GridSearchCV to find the optimal hyperparameters on the train dataset, and then trained on the overall train dataset. Below is a summary of the mean squared errors (our evaluation metric) from the cross validation:

For the Level 2 Model, we first tried simply averaging all the predictions from the Level 1 models. We then tried a more complicated model for our meta model. We elected to use a  ‘Lasso’ model as our meta model for our second stacking regressor. The table below showcases the cross validated RMSE scores for our Level 1 models as well as both our stacked regressor Level 2 models. Additionally, the table includes the Kaggle scores (the errors between our final predicted prices and the actual prices of the test dataset) for each model. 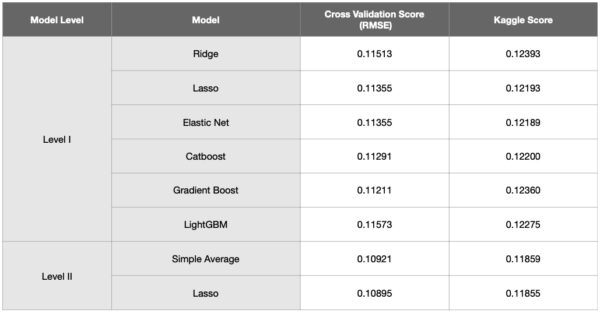 To conclude, our approach, from data exploration through modeling, resulted in a highly accurate predictive model. Overall, our model placed in the Top 14% of Kaggle submissions and we were happy with our result.

View all posts by Paul Choi >

Christian Opperman is a data scientist and former project manager at Mitsui & Co., Ltd. with experience in technical writing, a bachelors in Economics, and a Masters in Writing.
View all posts by Christian Opperman >

Melanie is currently enrolled in Georgia Institute of Technology for Master's Degree in Computer Science with Machine Learning specialization. She previously worked as a product manager at Viacom and project manager at Citigroup.
View all posts by Melanie Zheng >