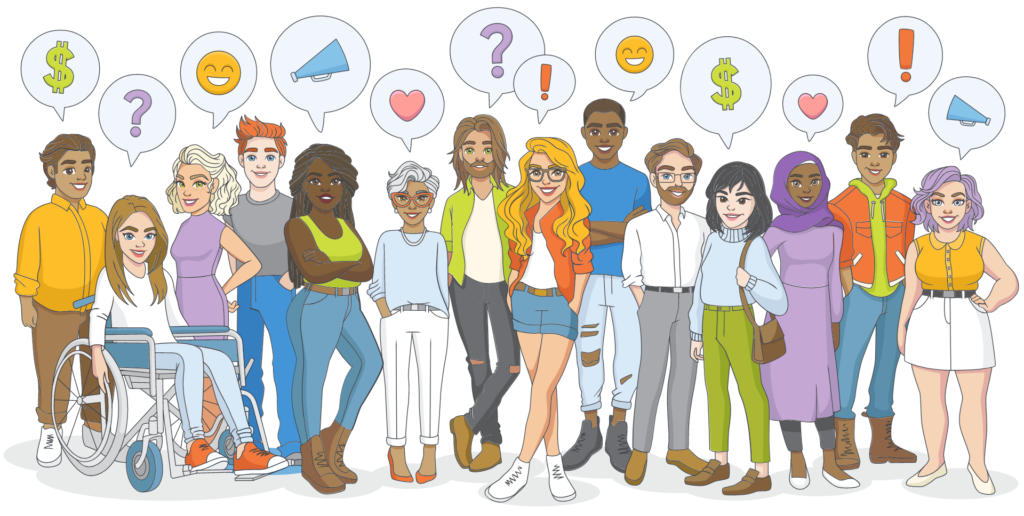 You Need a Budget is a personal budgeting Software-as-a-Service designed around a money management methodology containing 4 formal rules and a handful of informal guidelines. A subscription to YNAB includes access to its support forums, but many users prefer to use fan-led communities on Facebook and Reddit. While encouraging informal groups reduces the cost of official support, that cost is offset by the cost of gathering, integrating, and analyzing data from outside groups in combination with data generated from within the YNAB software.

Outsourcing community also reduces direct customer engagement, and relinquishes control of the company’s narrative to users rather than official moderators.

This project demonstrates how data from the forums can be better utilized to improve customer data collection, increase customer retention, control the company narrative, and enhance software features and other company offerings like educational materials and special events.

There is a publicly-visible version and a full version of the YNAB support forums. In order to access the full version, one must have a paid subscription to YNAB. Therefore, this data excludes a subscription-only category of the forums, Journals, in order to protect the privacy of users. As of this scraping, the Journal category made up roughly 8% of the total number of forum posts.

For purposes of keeping this project within a reasonable scope, replies to each post were not scraped, although how users interact with each other would generate valuable insights. Were I an actual employee of YNAB, I would scrape and analyze the Journal category and the replies to each post.

This graph shows in this first bubble, that the vast majority of users, by thousands, spend less than a month on the forums. They have a duration of zero.

YNAB could focus on improving the forum activity of all users, but the greatest benefit would come from encouraging new users to post on the forums through at least one monthly rollover (meaning the transition from July to August, for example), at which point the new users may be active enough to continue without prompt.

This could be done by automatically enrolling new subscribers into an email campaign that reminds them weekly to utilize the forums, prompting them with a topic to discuss or a question to ask. Alternatively or in addition, new users could be automatically tagged in a weekly or monthly forum Welcome post and asked to share their stories, goals, concerns, etc.

This graph is an expansion of the duration zero bubble from the last graph and explores the activity of users who stop posting on the forums within their first month. The orange bubbles represent the number of users who only posted on one day. A small few of those users posted two or three times on that single day.

The blue bubbles represent users who posted throughout the first month, most of who only posted 2 or 3 times, although a small handful posted up to as many as 13 times. These repeat posters may be the most beneficial to target, as they engage at first, but fail to continue. If they can be encouraged to stay on the forums, they may have a higher likelihood of subscribing longer and participating in the forums more than other short-term users, those who only last one day or post a few times.

This graph contains all the bubbles from the first Lifespan graph except the duration zero bubble. The orange bubbles represent users who have participated in the forums beyond a year.

Of these Rollover Users, who are users that experience the transition from one month to the next in YNAB, which is a crucial point in the YNAB learning curve, most stop posting within about a year.

However, the truly long-term users are a high-value group, as they are the most likely to continue their subscriptions and forum participation. They can be targeted for testimonials and other marketing materials, asked to engage with new users informally or in special programs like YNAB bootcamps. They can also be used as formal or informal brand ambassadors - YNAB does not sell swag, but it does give it away to users that represent the brand well in the community groups.

With subscription data, which I did not have access to, this graph’s data could be further analyzed to see if its fluctuation trends with the fluctuation of new YNAB subscribers. If not, YNAB is missing an opportunity to draw new users into the forums at all, let alone for more than one or two posts. Subscription data analysis would also indicate if users stop participating in the forums because they have abandoned the software, or if they have simply stopped participating in the forums.

Engaging users who are still subscribed but not using the forums would boost overall forum participation and reduce the need for official support, since veteran users could be recruited to engage newcomers and answer support questions.

The top six categories per post count have the highest interaction ratios, with the exception of Likes. These categories all regard either technical aspects of the software or the YNAB methodology in very general ways, while most of the other categories cover special topics, such as Investing & Retirement, Small Business, or Student Life.

Marketing those special topics specifically toward potential subscribers could bring in a broader variety of users by increasing exposure in new or under-tapped markets. This information is also useful for assessing current software features and educational materials. Common topics in the top six categories indicate areas for improvement.

This table of z-scores represents the limited variety of topics discussed in the forums given that Accounts & Transactions and Method & Budgeting have the most posts, replies, and follows by far. YNAB Wins is a dramatic outlier in Likes, and sentiment analysis below demonstrates that positive posts tend to garner more interactions, suggesting high desirability among users for more subjective content in the forums, particularly positive posts discussing success, particularly when they reveal tips for mastering YNAB.

The post with the most views is in the YNAB Wins category, titled "What did you do to improve your finances today?" The post that has the most likes, replies, and follows is in Community Challenges, titled "The Official 2020 Debt Smackdown" - an ongoing debt paydown gamification activity with informal group support.

Most posts discuss credit cards, so marketing could be targeted toward people looking to manage their credit cards or pay down credit card debt. It also indicates that credit cards are likely a source of confusion, and is a software feature to improve or provide more educational resources about.

Another common bigram is "fresh start," which is a feature of the YNAB software that users often utilize when they are confused by their budget or when they stop using their budget for weeks or months and have an overwhelming amount of transaction data to process. If users Fresh Start mostly out of frustration or complacency, the risk of losing users may increase.

Other topics of interest indicated by the word cloud include emergency funds, student loans, True Expenses, and goals. True Expenses are expenses that occur less often than monthly, but YNAB Rule 2 advises be budgeted for on a monthly basis regardless. Goals are a customizable software feature to support specific goals a user has, like funding an annual bill or a vacation. All of these topics can be areas for targeted marketing as well as educational content. For example, YNAB has a blog, videos, live classes, and bootcamps, so user success stories or content about how to handle these topics will likely be popular.

This graph shows the number of posts per month, with April 2020 as the most dramatic outlier. The jump in posts from April 2020 to May 2020 may seem at first thought to be due to COVID-19 and its economic impacts, however the word cloud below indicates that it's most likely due to problems automatically importing transactions from banking institutions, Capital One and Wells Fargo in particular.

This project web-scraped the YNAB support forums and analyzed that data to discover insights on how the forums can be better utilized to improve customer data collection, increase customer retention, control the company narrative, and enhance software features and other company offerings like educational materials and special events. Recommended strategies for improving forum data use include retaining new users via email campaigns, community challenges, bootcamps, etc., and leveraging forum veterans to support newcomers, answer questions, and regularly post on the forums and provide other YNAB content.

Knowledge is power. I leverage fierce curiosity and creativity to deliver immediate and impactful results for mission-driven companies. I weave together nearly 20 years of research & statistics, communication arts, and business development to offer sophisticated analytics, data...
View all posts by Sita Thomas >