What characteristics maximize the probability of a successful Kickstarter Campaign?

Kickstarter is one of the most popular crowdfunding platform on the internet, with an accumulated 3.9 billion in pledged US Dollars. The aim of this project is to web scrape data from Kickstarter and identify key characteristics that comprise a successful project.

Investors on the Kickstarter platform, in contrast to traditional funding (angel investors, small business loans or using one's own assets/cash), truly believe in the creator's project. I am not talking about confidence in a project based on its scalable revenue model or its presentation as a high growth investment. Instead, investors are attracted via 'rewards' setup by the project creator that guarantee a certain level of gift related to the project, which corresponds to the level of the donation. Essentially, Kickstarter matches creators with investors who share a true passion and interest for the project.

The steps to launch a Kickstarter project are simple:

Aspects of these steps will be further explored below, in V. Data Analysis, to demonstrate how a campaign's probability of success can be optimized since projects that fail to secure 100%  funding will see individuals receive refunds for their .

The first step in creating a script for data scraping is to determine how to iterate through each individual Kickstarter project page to extract 20+ variables. To do so, I created three main loops and one subsidiary loop. 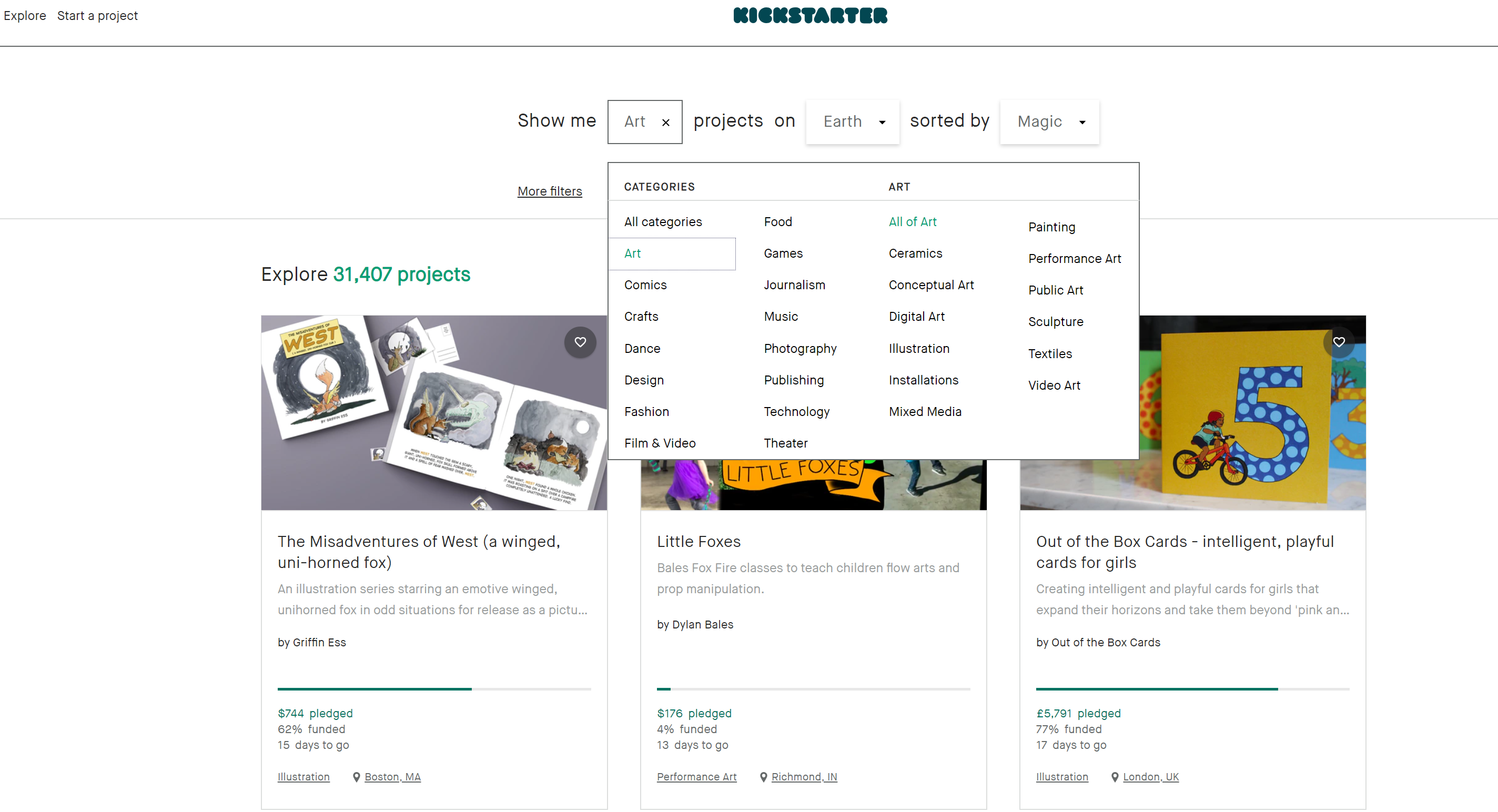 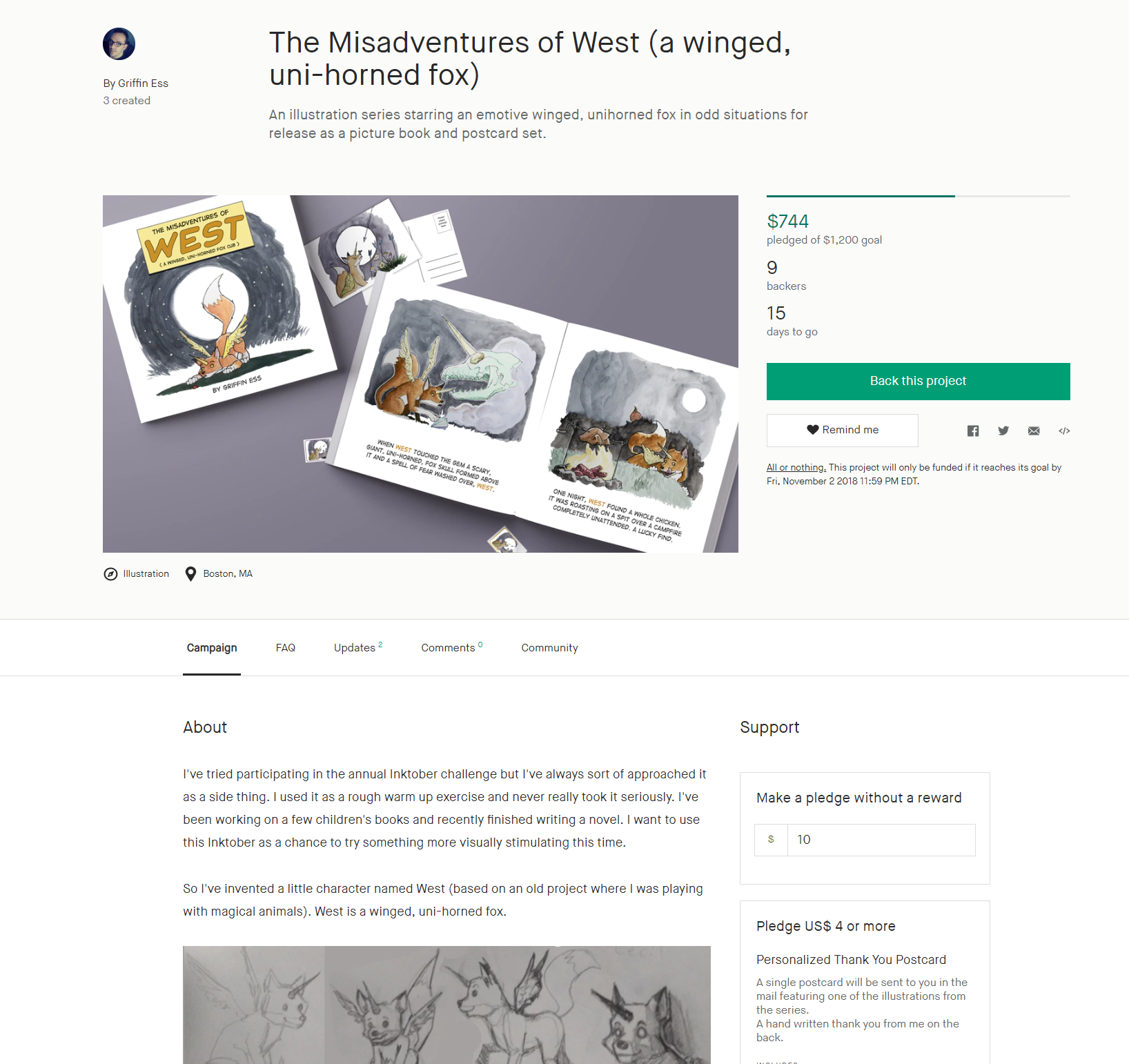 When inspecting Kickstarter's html elements and testing my XPaths’ in Scrapy Shell, it became evident that the website was almost entirely run on JavaScript. Unfortunately, Scrapy on its own completely ignores JS elements which meant I could only collect about 15% of my requested data. After a bit of research, I integrated a lightweight web browser, ScrapySplash, which properly renders JS pages in a manner that enables Scrapy to read the pages’ elements.

Another issue was being IP banned by Kickstarter. I ended up having to increase my download delay from 1 second to 3 seconds and running my script on another machine.

Having extracted Kickstarter's project data, there were multiple modifications that had to be done in python to clean-up the data for analysis (below are the 5 main changes):

I first took a look at the distribution of success rates: 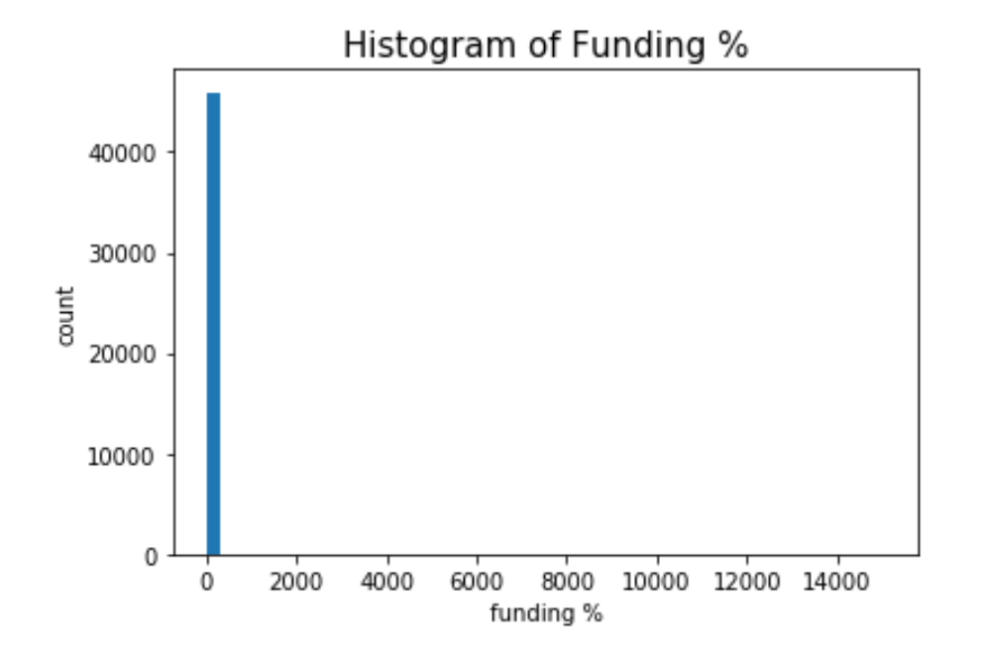 As is quite apparent, there are severe outliers in the data. To remedy this situation, I applied a basic IQR of Q1 and Q3 to my data. I then tweaked the IRQ range so as to encompass relevant funding %s. Results are seen below: 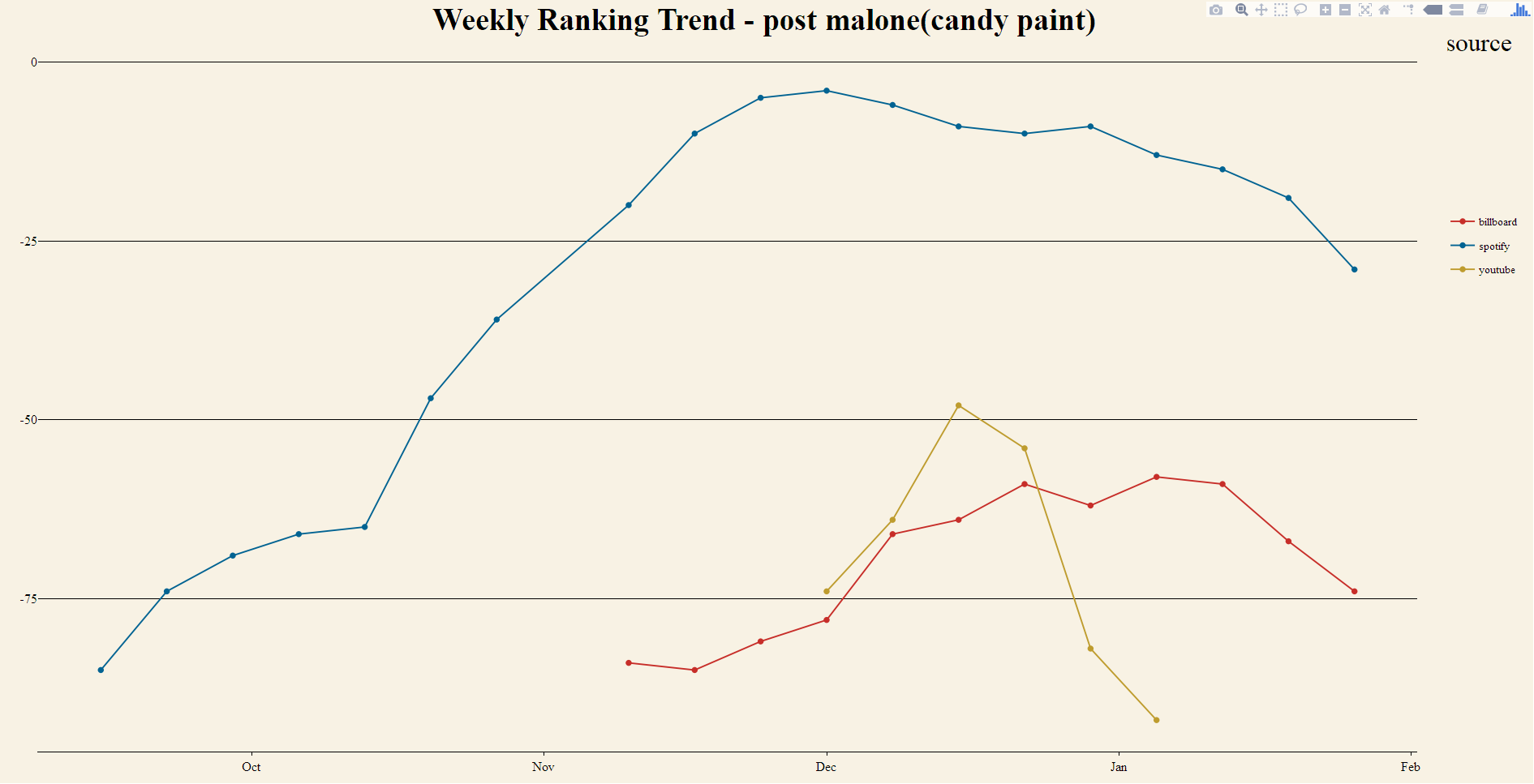 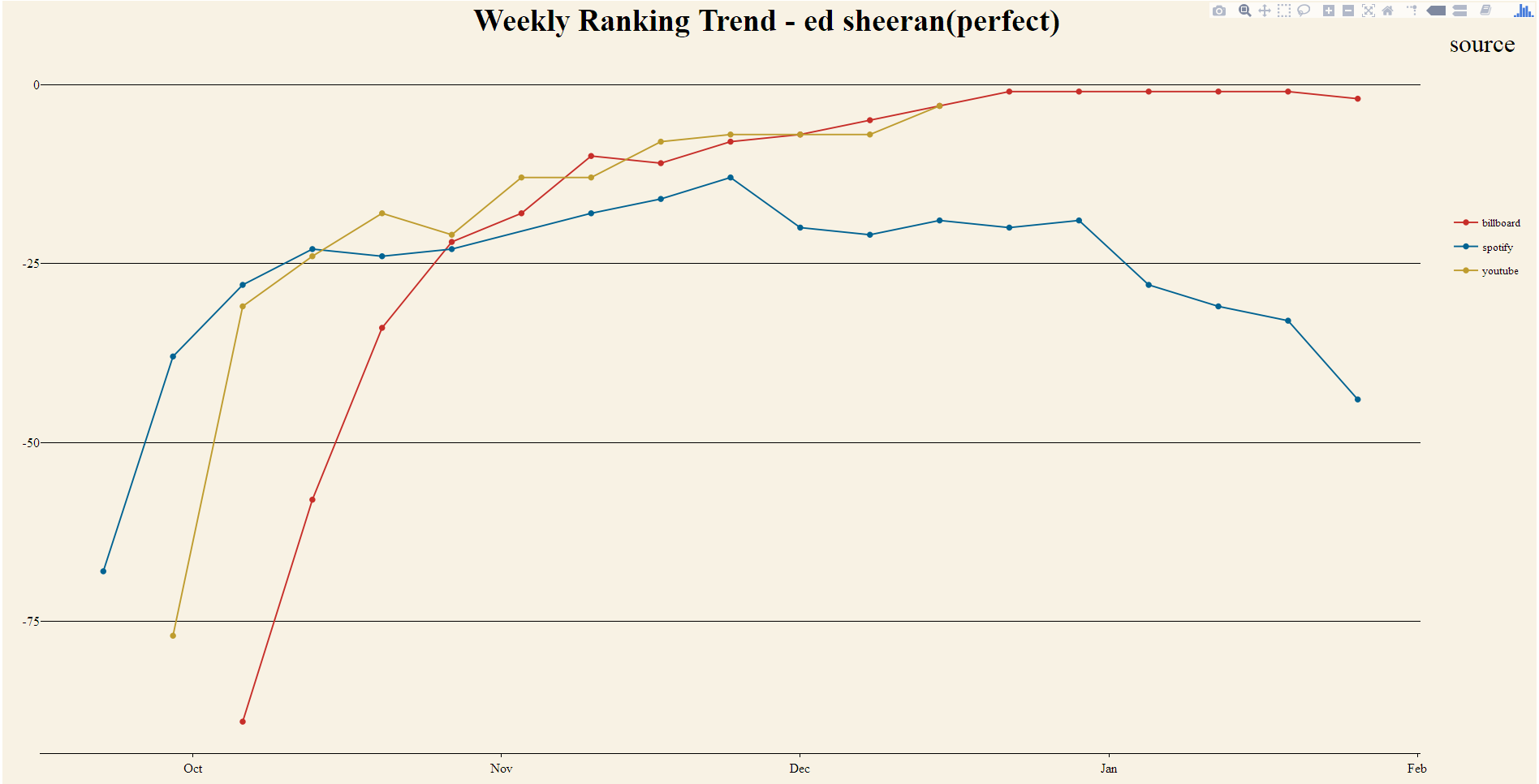 The next step was determining the main characteristics that made up a successful project:

1. Type of project to be launched based on quartile distribution vs %funded: Dance, Theater or Music. 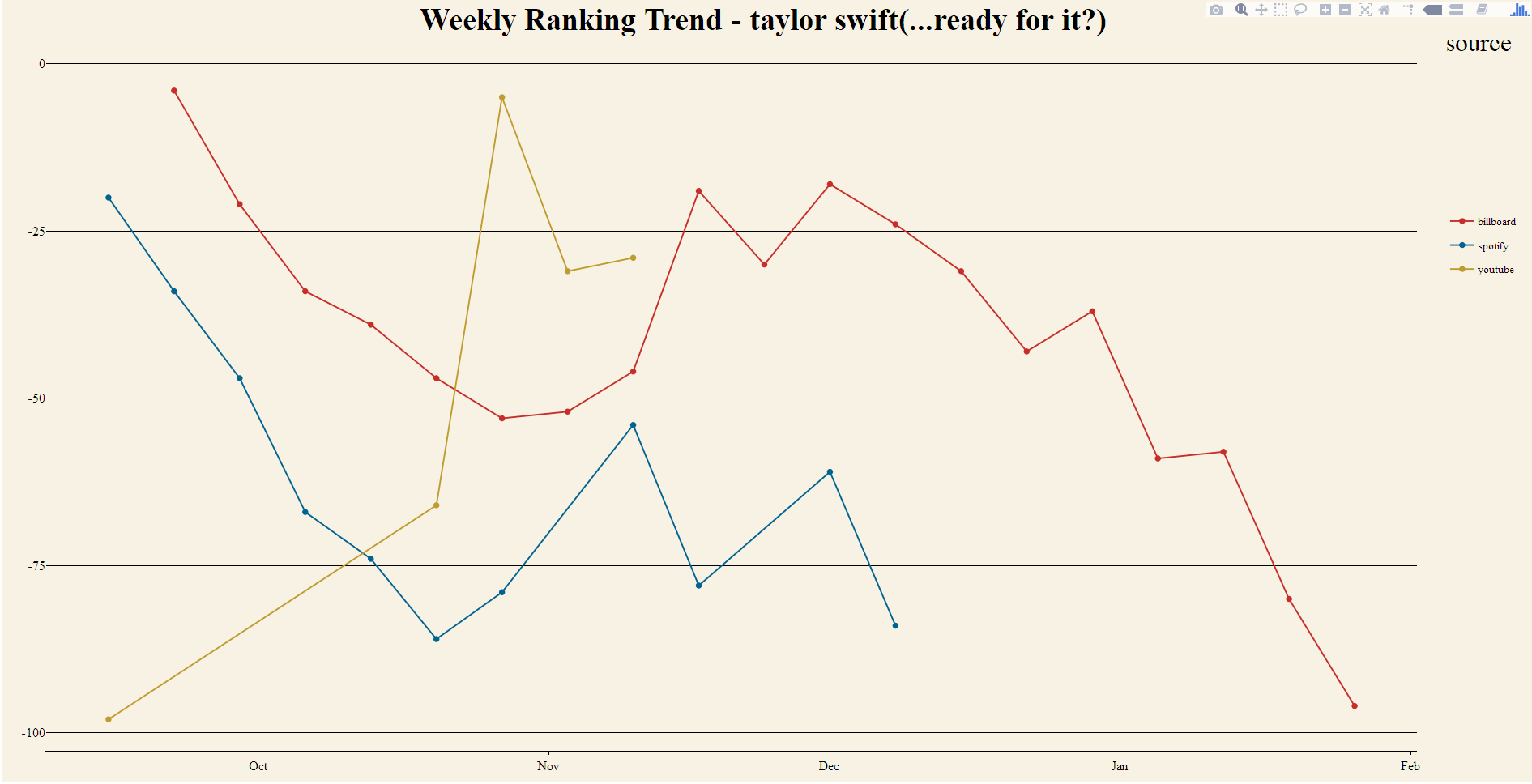 At a sub-category level, Dance and Theater both had similar inter-category distributions, however, for Music, it would be best to stay away from Hip-Hop and Electronic Dance music as both means are below 40% funded. 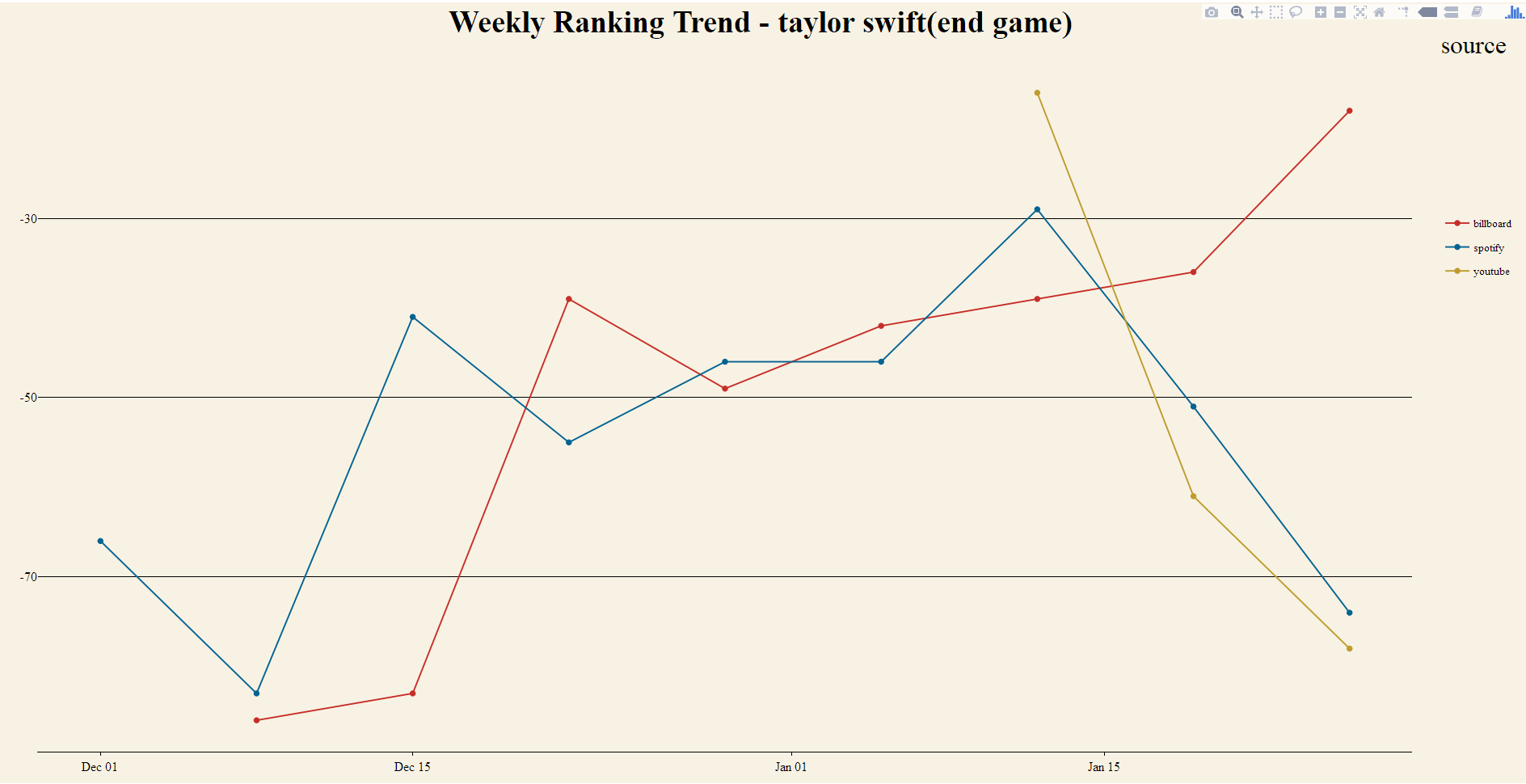 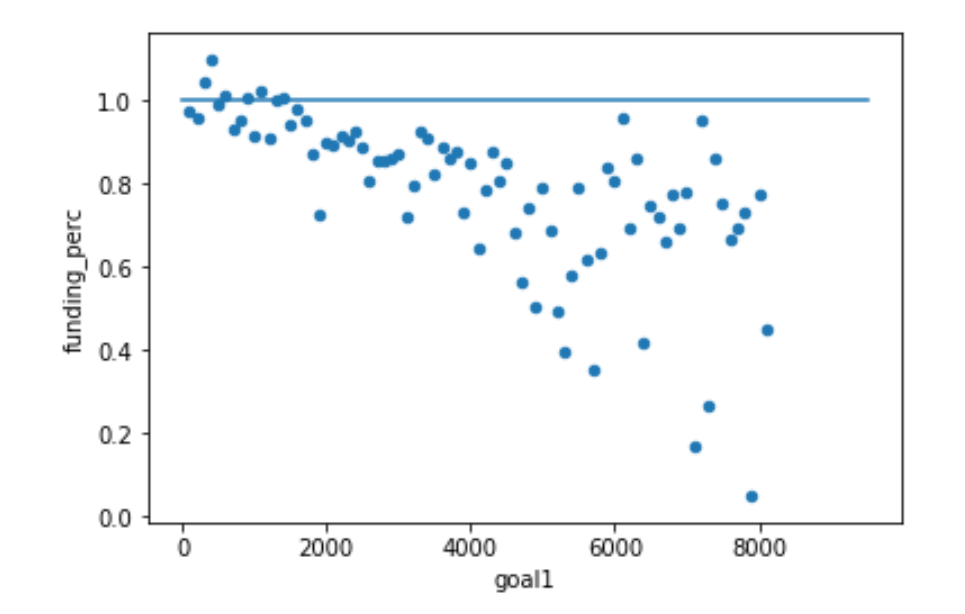 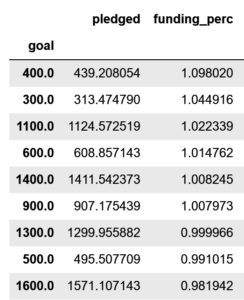 3. Duration of campaign: except for a 1-day campaign, the ideal duration range is [1 week; 4 weeks] with a much higher probability of success for 1, 9 and 15 day campaigns.

4. Campaign launch location: Vermont is the best state and Wyoming is this worst. 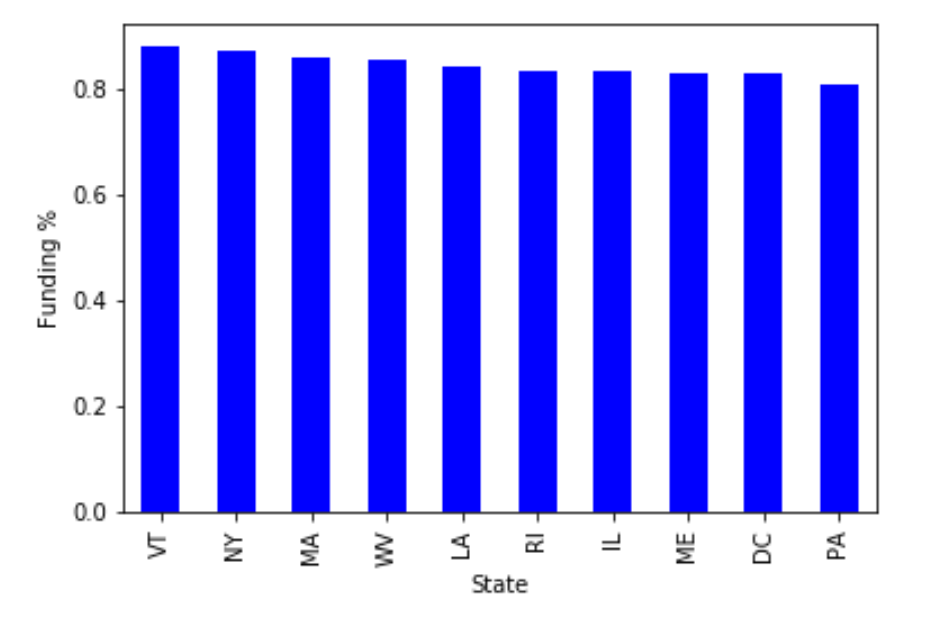 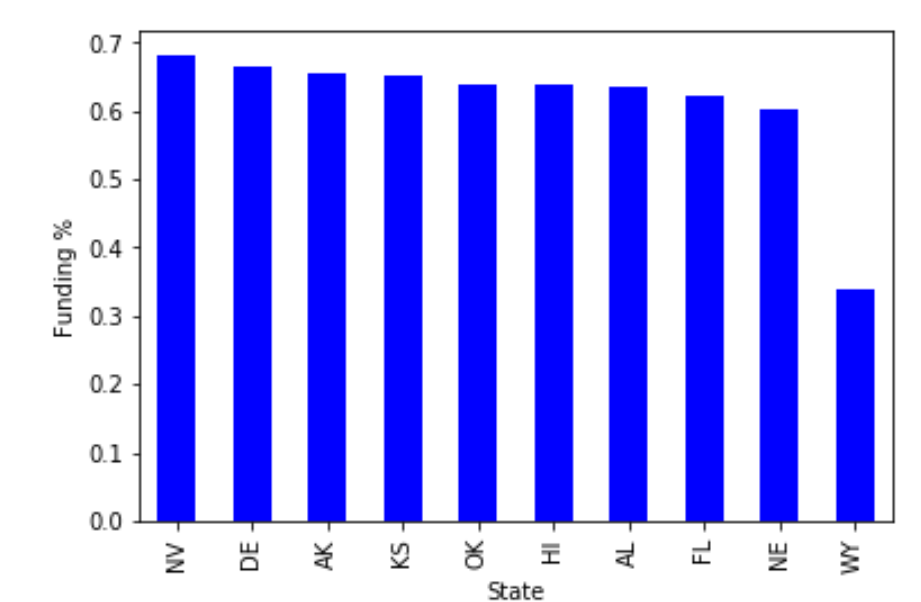 5. Additional features: number of updates, reward levels and comments: Comments and updates have the heaviest impact on funding %, with values above 20 for both values strongly increasing the probability of a successful campaign. 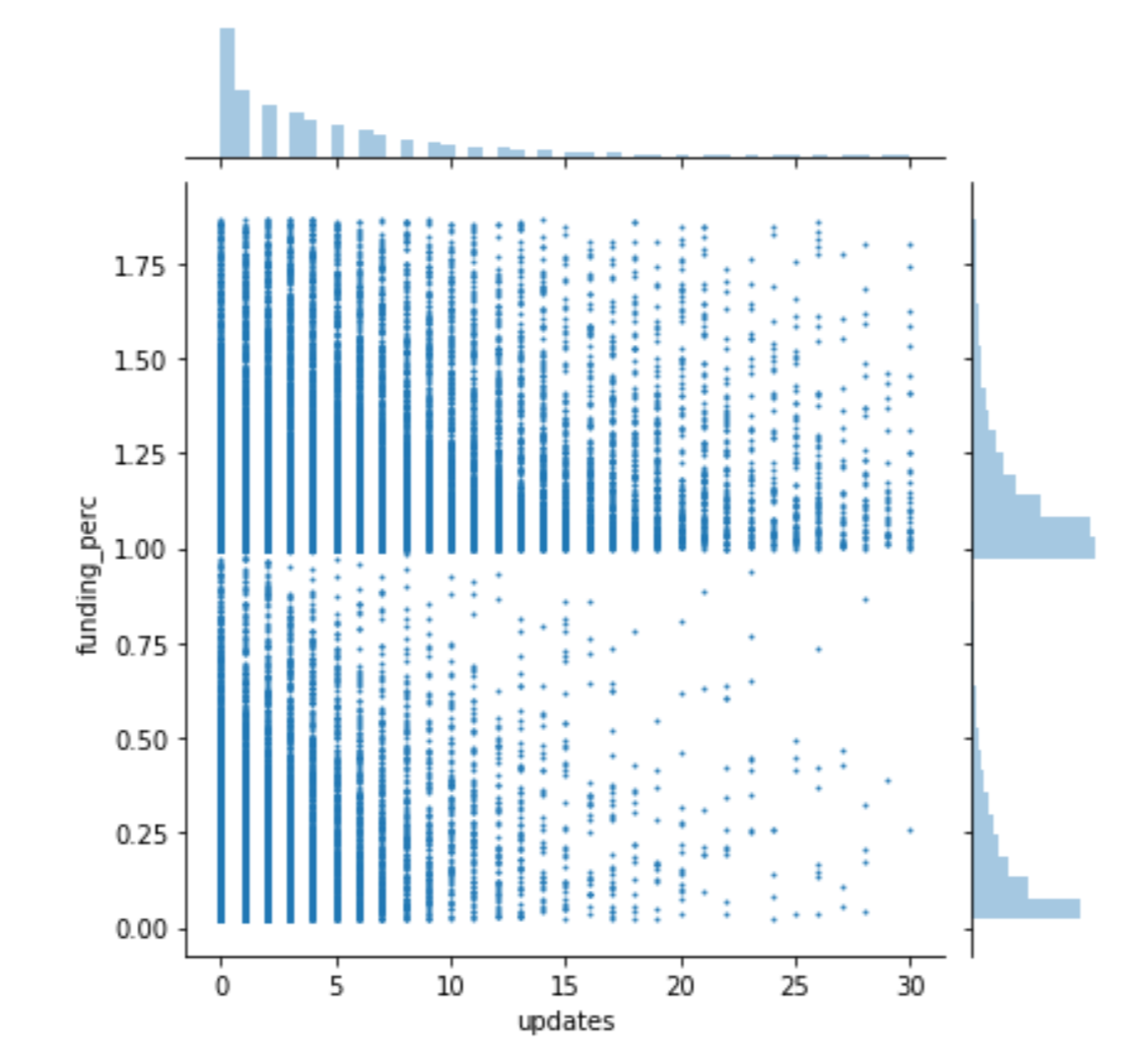 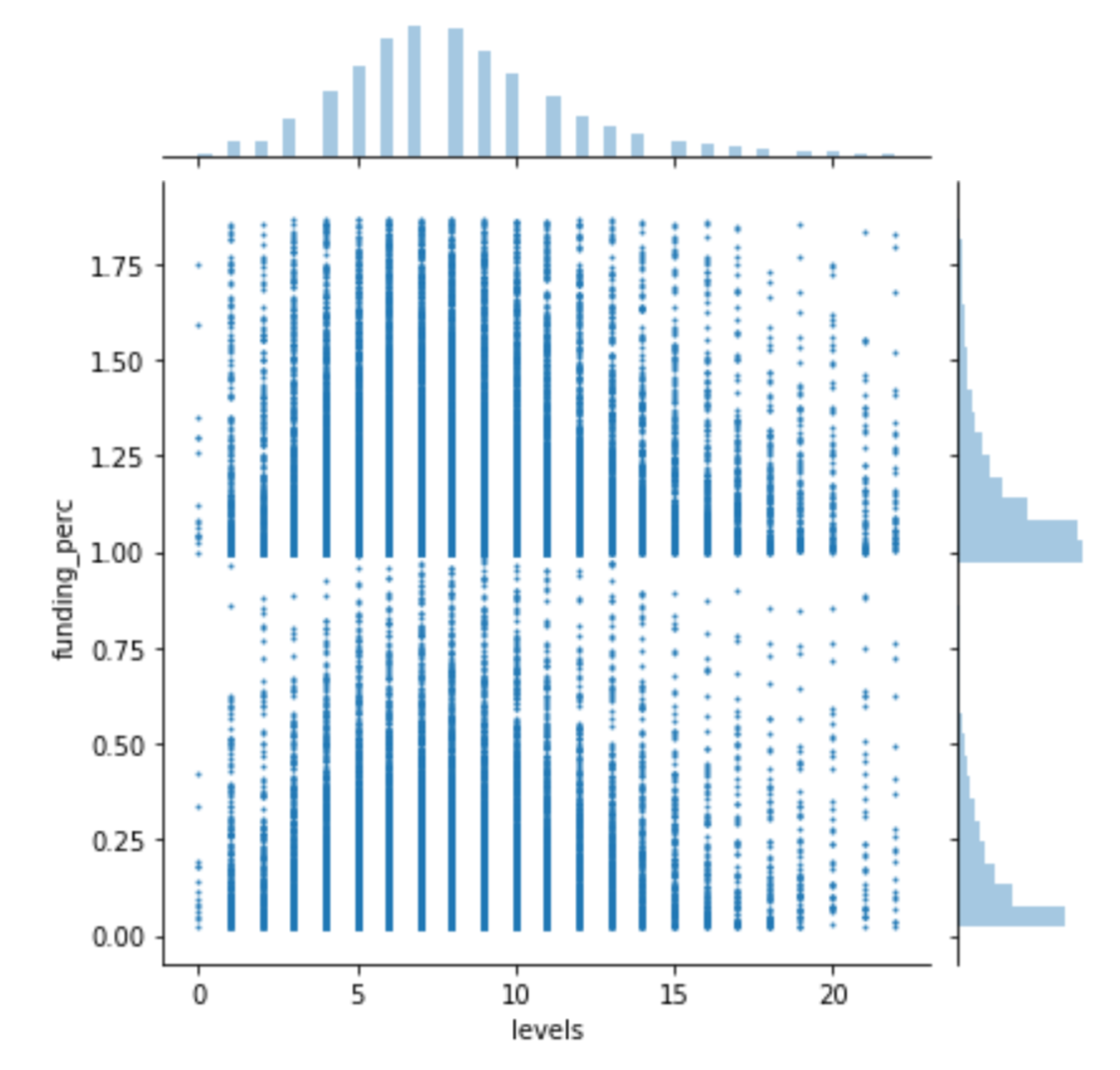 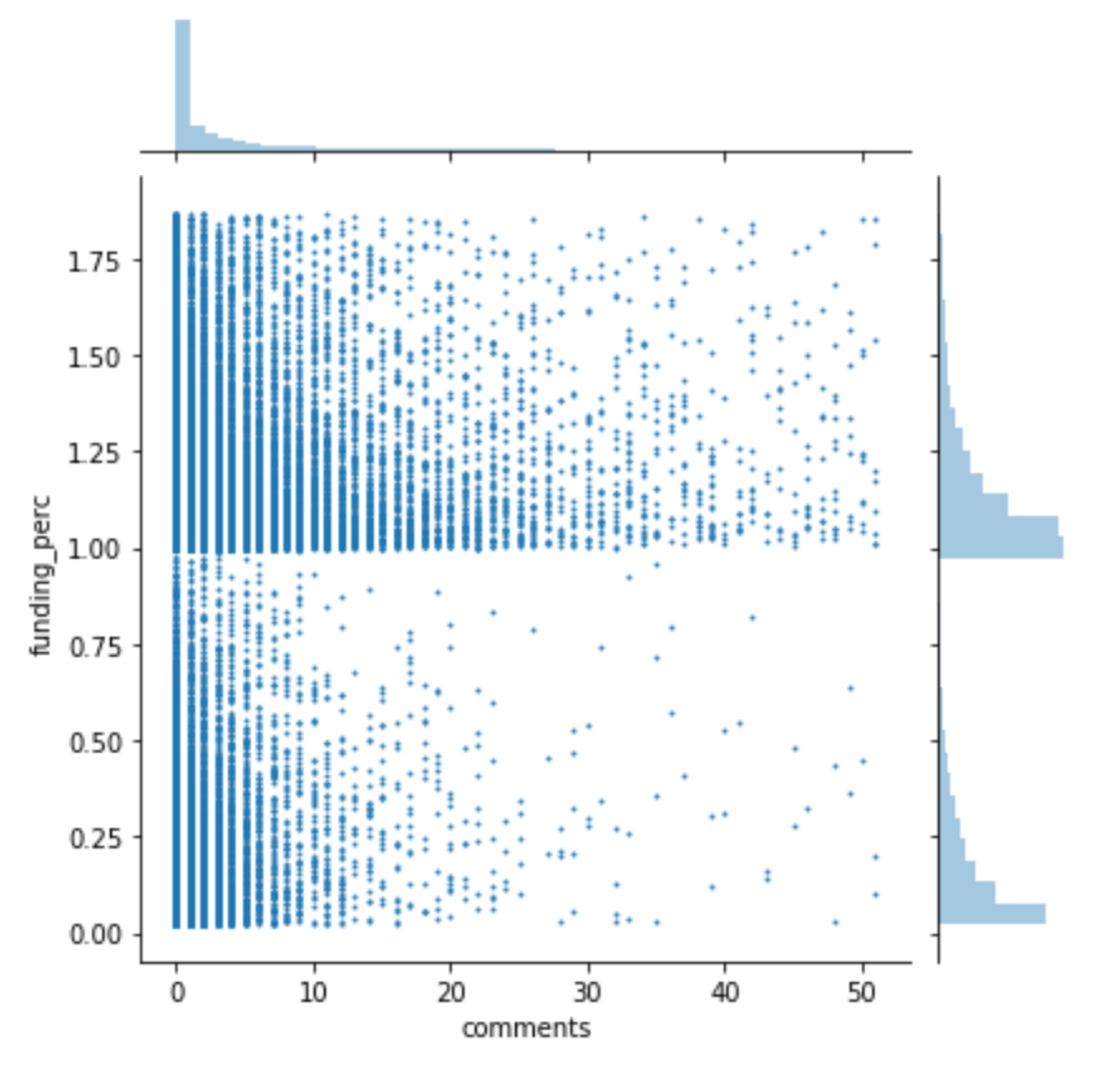 3) Build a model to predict the success of a project