Phoenix - the fifth-largest U.S. city behind New York, Los Angeles, Chicago, and Houston - has been one of the fastest growing cities in the U.S. with a population of over 1.7 million as of April 2021. According to U.S. Census Bureau and multiple articles, Phoenix also leads the country in 10-year population growth. One of the main reasons of the growth is due to more and more people moving from the west coast to escape a very high cost of living.

I was also in the heart of the movement as I moved out to Phoenix for work in 2017. As I saw the city grow exponentially over the years, I came to wonder how the crime rate in the area is changing with such a fast growth in population. This especially became very relevant to me as I was looking to buy a house earlier in 2020 because I wanted a property in a safer neighborhood.

In order to analyze the crime frequency in Phoenix, I obtained the dataset from City of Phoenix Open Data website. The incident-level data comes from police reports from November 2015 through March 2021.  It contains over 350,000 observations and attributes such as incident number, occurred on time, occurred to time, crime category, zip code, and premise type. I performed some initial preprocessing steps before starting the exploratory data analysis (EDA):

Some additional data were also used to join onto the main dataset for extra analysis:

Once I performed enough EDA on the data, I developed a stand-alone Shiny app, which demonstrates the analysis and lets the user toggle through different views and options. The target audience for this app would be the Phoenix police department so that it can be used to determine where and when to best place officers on duty and to schedule vacation around high crime frequency time periods. But this app can also be useful for people who are planning to move into the Phoenix area to check out the neighborhood crime rate just like me.

First, I wanted to see the frequency of crime in Phoenix over the years. So I plotted the number of crimes by year-month breakout as shown in Figure 1. Overall, the number of crimes steadily grew over time until March 2020 when it drops about 20%, most likely due to COVID-19 lockdown. After toggling through different options (zip codes, crime categories, and premise types) shown on the app, the following observations stood out: 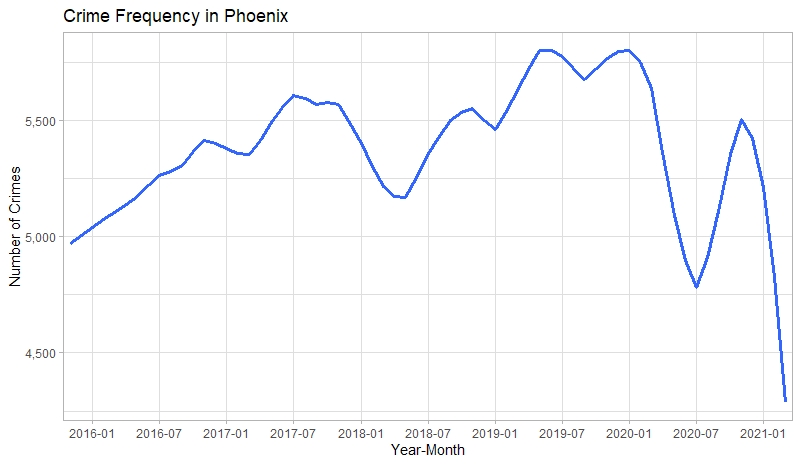 I then analyzed how crime frequency varies by zip code. As shown in Figure 2, I created an interactive leaflet map that shows the crime frequency by size of blue circles along with red dots showing police station locations. The user can easily hover the cursor over each circle or dot to see what zip code or police station it represents. Zip code 85015 showed a very consistent high number of crimes over the years, so it may be a good idea for the Phoenix police department to build a next police station around the area. 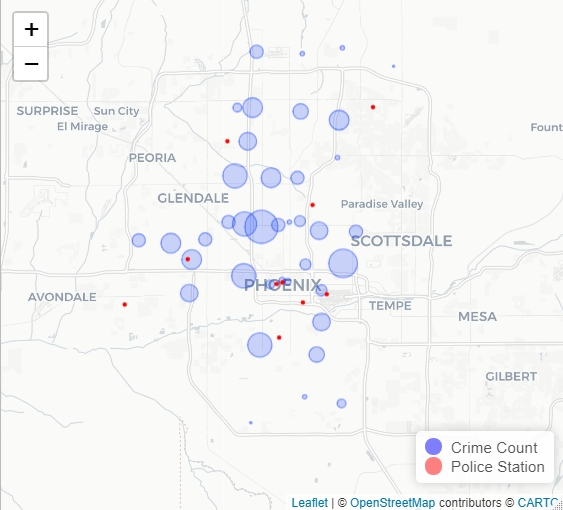 Population density was also compared against crime frequency. Figure 3 plots crime frequency vs. population density which is calculated by taking the number of crimes in the selected year-month by zip code and dividing by the population per square mile. As seen in the graph, there were more crimes per capita for zip codes with fewer populatino per square mile. So this implied that just because it's a less populated neighborhood, it doesn't necessarily mean that there will be fewer crimes. 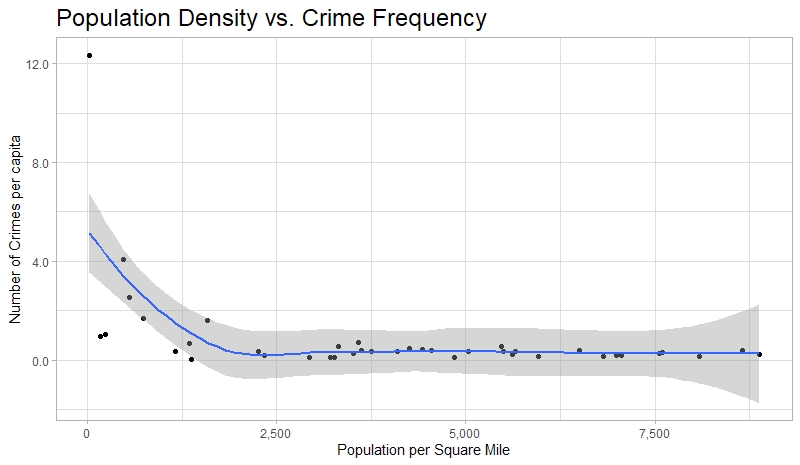 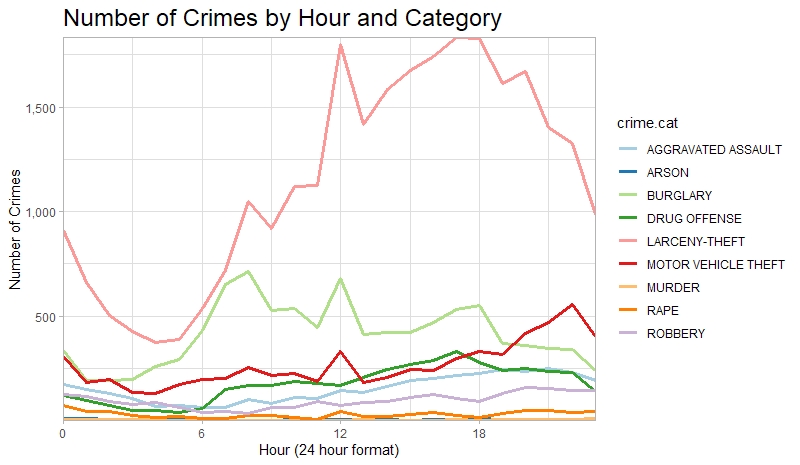 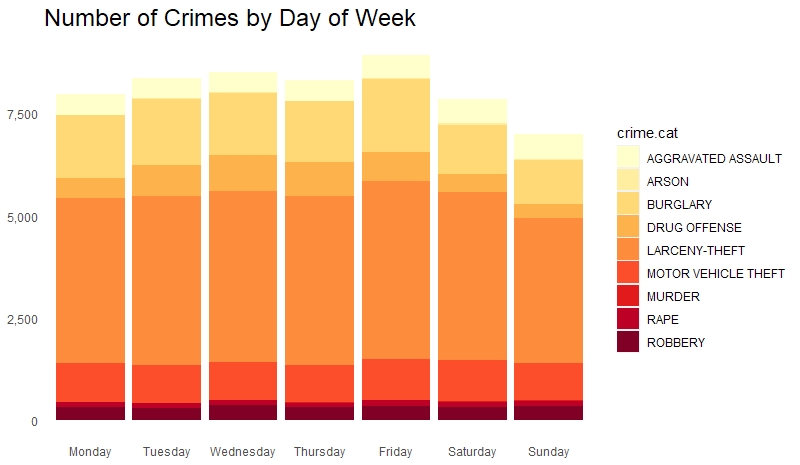 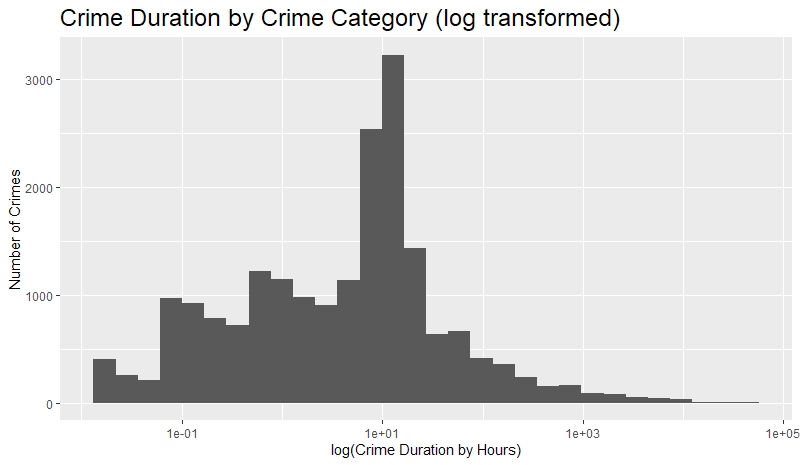 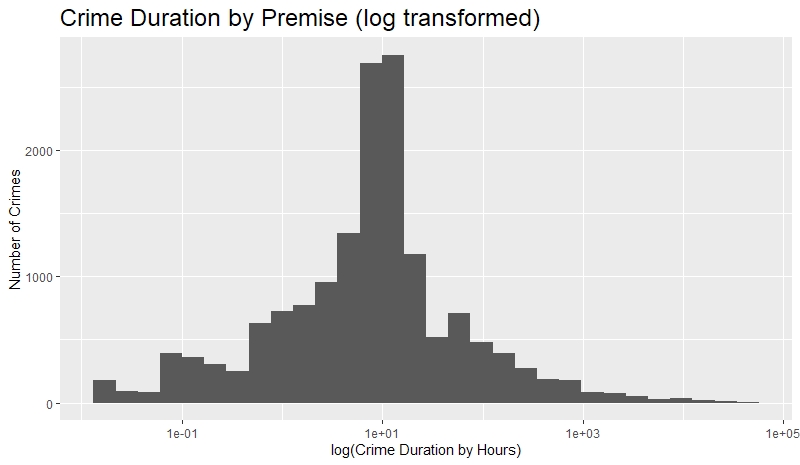 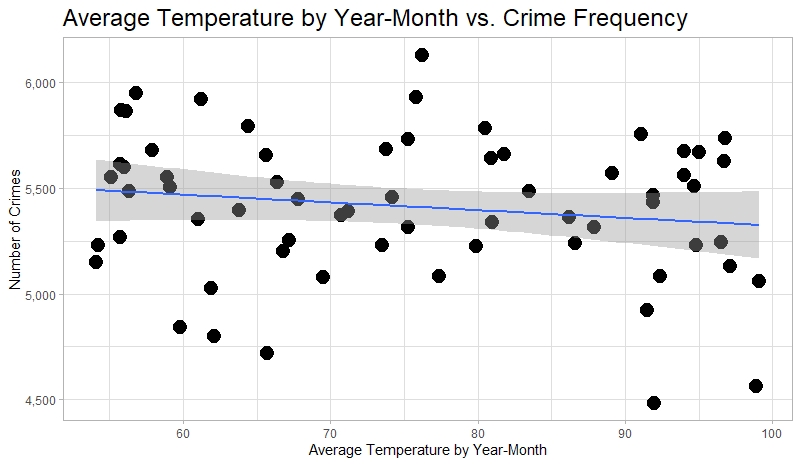 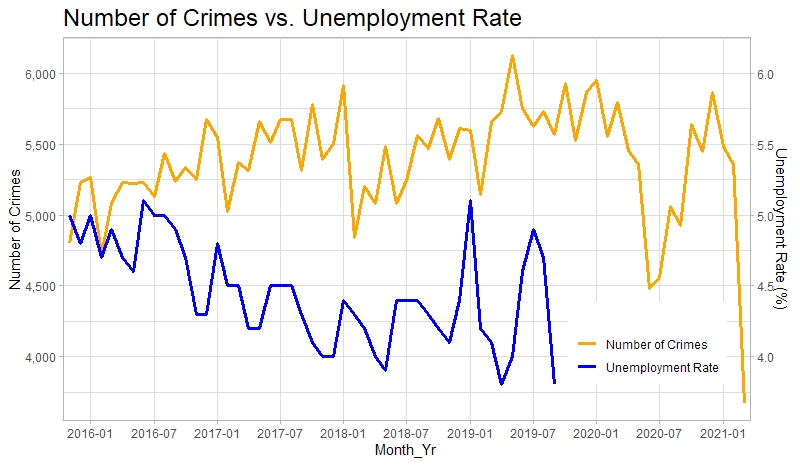 More details on the observations discussed above in the data analysis and interesting facts sections can be found in the Shiny app.

After a thorough analysis of the data, I got to the following conclusions for Phoenix police department (some of these are more detailed than what is discussed above - the information can be found on the Shiny app):

To conclude, some additional research I would like to continue doing regarding this project are as follows:

Will Han, ASA, MAAA has been working as a Medicaid consulting actuary for 4 years. Experience programming in Python & R and expert in Excel modeling. Passionate about any data driven business insights & strategy and looking forward...
View all posts by William Han >